To really understand waterborne finishes, you need to understand the properties of water

What you see when you spray out a finish, are the atomized particles of finish forming a wet spot on the surface of the wood. As the solvents evaporate, the coating lays out into a flat film. This observation is only a small part of what is actually going on, as the pictures above demonstrate. What happens between the time you pull the trigger and the coating dries is truly what finishing is all about.

The fundamentals of wood finishing involve principles that occur at a microscopic level. We can not see them with the naked eye so we tend to just accept the results without understanding why they happen. This leads to many of the common problems that we have and the frustrations that follow. Many of us react to the problem without really understanding the process that causes it. Because the physical properties of water are different than the solvents we are used to, it is necessary to expand the description of the process.

Water is a combination of two hydrogen atoms and one oxygen atom. The atoms are arranged in a triangular fashion. The oxygen atom has a slightly negative charge and the hydrogen atoms have a slight positive charge. As with magnets positives and negatives, called dipoles, attract each other.

These are some of the physical properties of water as they relate to waterborne finishes: 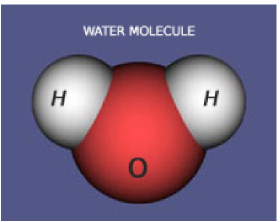 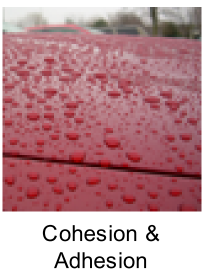 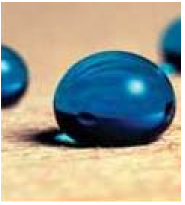 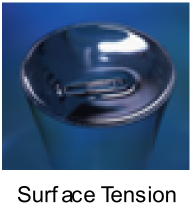 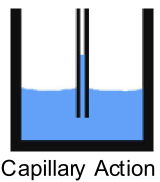